Book of the Month: Woman as Healer By Jeanne Achterberg

“Health is being in harmony with the world view. Health is an intuitive perception of the universe and all its inhabitants as being of one fabric. Health is maintaining communication with the animals and plants and minerals and stars. It is knowing death and life and seeing no difference. It is blending and melding, seeking solitude and seeking companionship to understand one’s many levels. Unlike the more “modern” notions, in shamanic society health is not the absence of feeling; no more so is it the absence of pain. Health is seeking out all of the experiences of Creation and turning them over and over, feeling their texture and multiple meanings. Health is expanding beyond one’s singular state of consciousness to experience the ripples and waves of the universe.”
― Jeanne Achterberg

This groundbreaking work examines the role of women in the Western healing traditions. Drawing on the disciplines of history, anthropology, botany, archaeology, and the behavioral sciences, Jeanne Achterberg discusses the ancient cultures in which women worked as independent and honored healers; the persecution of women healers in the witch hunts of the Middle Ages; the development of midwifery and nursing as women’s professions in the nineteenth century; and the current role of women and the state of the healing arts, as a time of crisis in the health-care professions coincides with the reemergence of feminine values.

From Library Journal
Healing has always been regarded as a sacred function, one that was at first inextricably linked to women. Achterberg argues that the way in which society views its deities is fundamental to the status of women in medicine. This book traces the history of women as healers, midwives, nurses, and doctors from ancient times to modern. Intertwined with this history is an analysis of each society’s cosmology, which determines whether women healers will be suppressed or encouraged. The result is a series of compelling stories of knowledge practiced and then lost through cultural change and suppression. Achterberg ranges from an eloquent and cogent analysis of the medieval witch trials to an incisive analysis of health care education and the health care professions in the 20th century. Highly recommended for academic and public libraries.
– Gail Wood, Montgomery Coll. Lib., Germantown, Md.
Copyright 1990 Reed Business Information, Inc.

Review
Women possess a strong tradition as healers, from ancient Danish shamans to modern midwives, physicians and nurses. Throughout the years, however, women have been systematically marginalized as socially legitimate practitioners by their male counterparts. Jeanne Achterberg explores this history in Woman as Healer by illuminating the connections between Western world views and women’s tribulations and contributions as healers. As painful as these truths may be, Jeanne imparts an empowering tone to her discussions and emphasizes as much as she can the spirit of the “warrior” woman, persisting through the ages, in women who heal with honor and clarity. — From The WomanSource Catalog & Review: Tools for Connecting the Community for Women; review by Laurie Pearce

About the Author
Jeanne Achterberg, PhD, (1942–2012) was a professor of psychology at the Institute of Transpersonal Psychology (now Sofia University) and served as associate professor and director of research in rehabilitation science at Southwestern Medical School in Dallas. 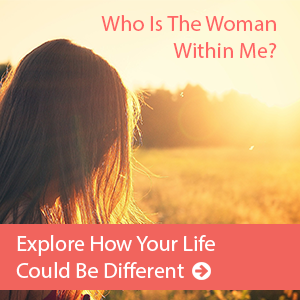